There have often been points in our life where we stopped ourselves from doing something or did something that we were not going to do because we had a gut feeling to do so. These gut feelings/instincts are not something that we explicitly think about, they just subconsciously come to us. The reflexes are also a sort of instinct. These gut feelings/instincts/ subconscious actions have served us quite well and they continue to be a very important aspect for our survival as a species. For example, how we immediately pull our hand when we touch a hot surface without even thinking about it for a second, and our inclination towards running away from immediate/unexpected loud noises (horns) have saved us quite a few times.

But, since we do not think about these subconscious actions, it could be easy for someone who has a basic knowledge of working of these instincts to exploit us. For example, crows treat all the eggs in their nest as their own, cuckoos exploit these parental instincts of crows by laying their eggs in crow’s nest. Crows in turn raise the cuckoo’s kids as their own. One more example of the exploitation of these parental instincts could be seen in the case of turkeys. Turkey mothers will look after any animal which makes the right “Cheep-Cheep” turkey sound. Experimenters were shocked to see that the turkey mothers raised a stuffed polecat (with a speaker emitting “Cheep-Cheep” sound) and attacked it as soon as it stopped emitting the “Cheep-Cheep” sound.

Enough of the bird talks, let us talk about the humans now. Before we talk about anything, I would like to give you two words.

What did you do? You subconsciously associated the two words together. Though you were not asked to do it, you subconsciously saw the scenarios where those words can be associated. You might have imagined a scene from a movie or a documentary where a wolf is hunting prey or is being hunted a predator. This involuntary association of two different ideas is such an interesting research topic that a lot of experiments and case studies have been done to study the effect of ideas on our subconscious thinking. Let us study a few case studies/experiments:

You probably would have filled in the blanks.  You might have seen that the word eating triggered the word “SOUP”, while washing triggered the word “SOAP”. This could be explained by thinking of our brain as a graph of ideas and thoughts. Psychologists think of an idea as a node in a vast network, called the Associative memory, in which ideas are linked to many other ideas. There are different types of links: causes are linked to their effects (virus -> cold), things to their properties (Bulb -> luminescence); things to their categories (soup -> food). Most of these associations in the memory take place away from our conscious memory without us knowing that it is happening. You must have realized now how eating triggered the word “SOUP”, while the washing triggered “SOAP”. 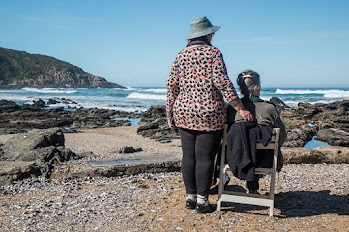 People need to know that this concept of association is not restricted to concepts and words. Even your actions and your emotions could be influenced by the events that you are not even aware of. The Florida effect is one such example that demonstrates the subconscious effects of our psychological state on our actions. In a classic experiment conducted by the psychologist John Bargh at New York University, participants of the experiment were asked to assemble four-word sentences from a set of 5 words. The participants aged 18 to 22 were divided into 2 groups. For one group of students, half the scrambled words contained the elderly words like forgetful, Florida, grey hair, wrinkles, etc. After the experiment was finished, the young participants were asked to go to another room across the hall. It was observed that the students who had elderly words in their sentences took more time to reach the other room (i.e they walked slowly) than the other group. When these results were mentioned to the students, they admitted to not doing it consciously. It was concluded that reminding people of old age, made them walk slowly. This subconscious effect on actions by certain events and ideas is also called “Priming” in psychological language. 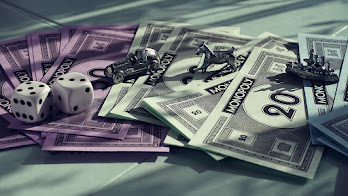 Since the introduction of the idea of priming, a lot of experiments have been conducted to check its relevance. In one more similar experiment (conducted by Kathleen Vohs), where people were divided into two groups, one of the groups(Group 1) was shown money indirectly that is through posters kept in the experiment rooms or setting the wallpapers(of money floating on water) of the computers of the experiment room or keeping a stack of monopoly money on the experiment table. It was found that the people who were exposed to these images showed less social behavior than others (Group 2). Money triggered individualism, for example, if the experimenter pretended to clumsily drop a bunch of pencils, people from group 1 picked a smaller number of pencils than Group 2. Also, people from group 1 asked for less help and helped lesser people than their counterpart group 2 (a feeling of self-sufficiency and independence). When asked to set two chairs for one to one discussion with a stranger, people from group 1 on average kept chairs farther than the people of group 2 (118 cm vs 80 cm). 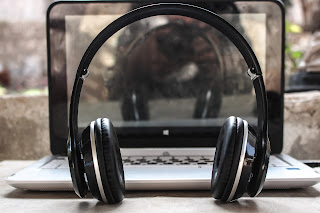 We saw how a trivial manipulation of context could have such large effects on behavior. We should be careful as these flaws could be exploited by someone if they plan to do so. Also, the belief “First impression is the Last Impression”  though widely popular is actually flawed as we have already seen how a slight gesture of nod could make a huge difference in opinion about something. So, the first impression of a person could also be subconsciously influenced by a lot of factors like the environment, people, and our mood. Hence, while making an opinion about something we should also consciously and explicitly considered the subconscious side of our thinking.

By O.J May 31, 2020
The "Association and Dissociation" Technique
Benefits Neutralize Experiences of low to medium intensity.amplify the positive feeling or some positive experience that you had in the past. This exercise is not recommended for traumatic experiences Note : To understand this technique, we will perform an exercise. You don’t need any equipment to perform this exercise but it is expected of you to sit in a quiet place with minimal disturbances so that you can focus on this exercise.

By O.J June 17, 2020
Have you ever set a goal where you were really motivated at the start and eventually lost the interest/motivation to pursue it? This habit is not only hindering your goals but also decreasing your confidence in yourself. When the frequency of non-fulfillment of goals is increased, your sense of self-worth suffers, and you start thinking that maybe you’re not made for that work or maybe you are just an average human who is not made for non-average things. Today we will talk about a better way to commit to your goals. If this doesn’t work for you, it doesn’t mean that you are not good enough perhaps you need to understand that same jabs and hooks don’t work for all boxers and you should rather try to find the ones that suit your style.

By O.J June 04, 2020
To understand this, let us first talk about the “Confirmation bias” and the “Egocentric bias”.Confirmations Bias:The tendency of people to seek confirmation of their current beliefs and impressions.People generally tend to ignore the things that are against their current beliefs and tend to stick with the ones that support their belief system. That is people try to absorb only the information which fits in with the information they currently have.
1 comment
Read more

By O.J June 23, 2020
Have you ever had the feeling of being an interrogator/interviewer rather than being a part of the conversation? Asking questions is unavoidable to get the conversation rolling but once it is rolling, you should make them very few and as distant as possible. But today I will teach you a powerful technique of conversation which will not only make your conversation more interesting but also more friendly, unlike the ones where you sound like an interviewer.The Approach:
When you see friends talking, you know they talk in statements than questions. The main idea here is to talk in statements rather than questions. Questions are a way of asking people information, but statements are a way of giving information, having deep conversations and building relations. The technique that I will talk about today is called the “Cold Reading Technique” where you make a statement about the person pretending that you intuitively know it without actually knowing it. What we do here is that rather than as…
3 comments
Read more

By O.J June 27, 2020
In often every conversation, you will hear people saying things like “Don’t worry about it” or “Don’t Panic”. Consider this, if I ask you to not imagine a “A cute Panda”, what would immediately happen? You will imagine it right away. Despite listening to what I said, you will still imagine the Panda. The same thing happens when we say“I won’t procrastinate today”, our brains do not know how to process the negative language. Instead of not doing what we are asked not to do, we do it.Have you ever been in a moment where you said “I won’t do this, this is destroying my health/wealth/reputation” and you end up doing it right away? Take the case where you say “I won’t panic” and you end up panicking a lot. What happens is you end up panicking about what would happen if you would panic, so you end up panicking about “Not Panicking”. This is what Mark Manson in his book “The Subtle Art of not giving a F*ck” referred to as the “Feedback loop from Hell” where you worry about the possibility th…
3 comments
Read more