“Why do I become so irrational during discussions?”

“Why do I get so anxious over things so simple?”

“Seriously! What was I even thinking?”

Have you often noticed yourself asking these questions? If yes, then you have come to the right place. Today we will talk about why we behave irrationally under emotions. Before understanding why and how this happens, let’s delve a little into how our brain works. 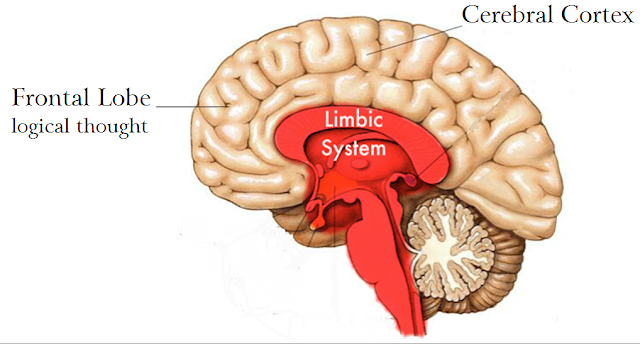 Dr. Steve Peter, in his book titled “The Chimp Paradox,” compared the limbic part of the brain to a Chimp and the frontal lobe to a Human. He also stated that “Chimp (the emotional part) doesn’t work with facts but works with what he believes is the truth or what it thinks might be the truth” and we as humans are not responsible for the nature of our chimp but we are responsible for its management. 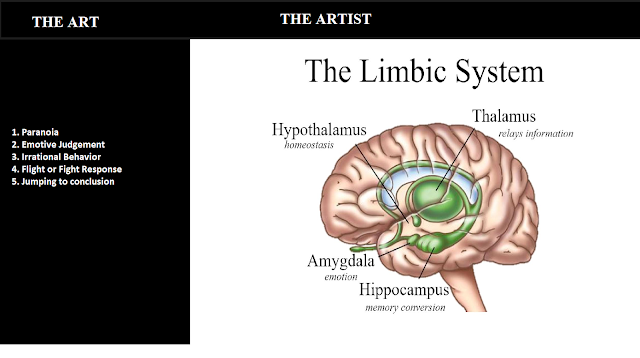 All the irrational thinking, paranoia, anxiety, and emotive judgments are the work of our limbic part of the brain.

Our motive as an emotionally intelligent person should be to make our logical part (the frontal part) more dominant so that we are not irrational/emotional while making our decisions.

Acknowledging the Irrational side:

The first step to solving a problem is to acknowledge that we have one. You are not the only person who has an emotional brain functioning, in fact, the emotional side is much more dominant than the rational side of our brain. It is our duty as a human to acknowledge that our emotional responses are neither bad nor good. They are as Dr. Steve Peter puts it “decisions made by a chimp”, they could be good, or they could be bad. We as emotionally intelligent people should weigh in on those decisions by thinking them over before acting on the impulse.

It was found that in the state of tension/stress, the blood flow to the limbic part of the brain increases since during the early human days a tensed state meant danger which would, in turn, trigger the “Fight and Flight response”. We should understand and try to convince ourselves that a presentation/meeting/discussion is not going to kill us and does not require this. You might or might not have noticed that your breaths become rapid and short when you are tensed. Noticing your breath alone and explicitly breathing deeply could help you become more relaxed and rational when you are starting to get tensed up.

Every day sit for 10 minutes and try to remember the moments in the past 24 hours where you think your “Emotional part” was more dominant and try to think how you could have handled it better if you were logical/rational. This simple sort of meditative/relaxing exercise could go a long way in helping you with your aim of emotional intelligence.

You are not the first/only person who suffers because of your emotional side. As mentioned above the emotional side is like a chimp (stronger than a human) but it could be tamed with the right mindset. Hence the first step is to acknowledge and not feel guilty about having an “irrational side working on emotive judgments” and trying to work with it. These qualities are not exhaustive for you to become emotionally intelligent but are a strong foundation over which your emotional intelligence could be built. We will talk more about these other qualities (like good communication, your goals, and self-fulfillment) in my upcoming blogs. So, consider subscribing and stay safe till we meet the next time.